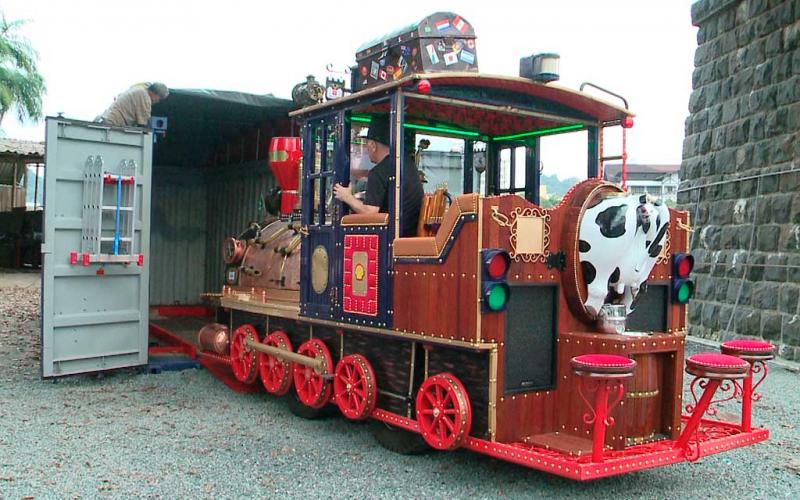 Locopéia is boarded on a container and it has United States as final destination. Picture: Beto Espercot, NSC TV

Locopéia, one of Planetapéia's vehicles which delights tourist on Oktoberfest's Parades, will be boarded today to New York (USA). Yesterday it was placed inside the container provided especially for this operation and it has Itapoá's Port as destination, on the north part of the state. From there, the vehicle goes by sea to Uncle Sam's great land.

The allegorical locomotive will go in a parade by the streets of the big apple during the Brazilian Day, on 31st of August and 1st of september. The group has about 40 members which will represent Blumenau and the Oktoberfest there, during the day which Brazilians celebrate their country on the american city.

On the 31st there is a parade of two hours around downtown in New York, this parade will go through Time Square and Fifth Avenue. On 1st of September, the official day of the event, the group and the famous vehicle will be based on the 46th, this is also the location of the main stage.